“I like Kyrie and I wish him well,” said Stevens, speaking at a fundraiser in Boston at the Celtics practice facility. “Last year’s season didn’t go the way that we wanted it to, but that’s not on one person. That’s the responsibility of the whole group. It’s a team sport, everybody’s involved in that. There’s no way we should ever look at it any different.”

The Celtics were preseason favorites to win the Eastern Conference, but struggled to build any continuity and were ultimately eliminated in the second round by the Bucks.

Irving was considered the linchpin of the organization, and he received the brunt of the blame when the team failed to meet expectations. At season’s end, Irving opted out of his contract and signed with the Nets.

“He had a second-team All NBA season here,” Stevens said. “When you think about that and you look at his stats, he had as good a season as he’s had in his career—and he has the right, like every other free agent, to go choose their own destination.

“Maybe [Patriots coach] Bill Belichick was way ahead of us when he said, ‘We’re on to Cincinnati.’ We’re on to this year and we’re looking forward to it. We’ve moved past last year, but last year was no fault of Kyrie. It was no fault of anybody individually on that team. It was a fault of the Celtics as a whole.” 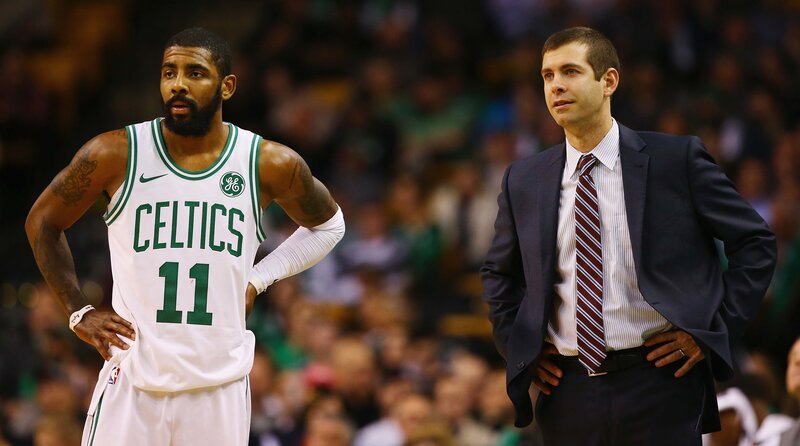 Stevens spoke at the Hoop Dreams fundraiser organized by anti-poverty agency Action for Boston Community Development (ABCD), and he shared with Sports Illustrated what makes the non-profit agency—which raised over $100,000 last night for programs that will benefit at-risk youth—so meaningful in the city of Boston.

“I’ve been so impressed with ABCD and several other organizations that work extremely hard to help our at-risk youth,” Stevens told Sports Illustrated. “I’ve had a blast getting to know kids from all over this area in a variety of settings. Just the like the reputation of this region, these kids are tough, bright and prideful.”